Without a commute, I seem to consume less radio and podcasts than many of my peers. But recent dishwashing and pilates sessions have made a brief space for listening, and a few really enjoyable episodes from Revisionist History reminded me of some past favorites from over the years. Here are five episodes that have stuck with me:

This brief segment is laugh-out-loud funny, with stories about words that people mispronounced or misunderstood far too late into adulthood.

Radiolab: Limits of the Body

Gets into some of the science behind human endurance, and demonstrates that most of us rarely or never push ourselves anywhere near the limit of our physical capabilities.

A true life WWII thriller, this puts a spotlight on some fascinating characters, while exploring the reliability of memory.

A look at what and how to make vaccines.

During a time when immigrant lives and experiences are being especially devalued, SAADA’s Road Trips Project aims to reframe a major American tradition by sharing images and stories from South Asian Americans, a community too often excluded from these narratives. The appeal of the open road is deeply rooted in the freedom to travel – safely and without fear, harassment, or intimidation – a freedom, which for many, is currently under question.

I started working with the organization on a variety of design projects several years ago, first providing a new SAADA logo and website. It’s been a rewarding experience, and I always look forward to pro bono work for SAADA and other nonprofits.

I’ve recently been working on a website for an occupational therapist in Maryland, who also has a handwriting app and another accessibility app.

The project was a full website rebuild with new e-commerce functionality, all within a responsive design. It took a great deal of time and effort, but the client was ultimately very happy with the finished product. In the process, I was able to sharpen my front-end development skills and learned a lot about handwriting instruction frameworks. There is still a standard that seems to be ubiquitous mainly because it was marketed effectively by the creator. Appy Therapy is, to my untrained eye, a far superior framework that is fighting an uphill battle against an established brand. I hope and believe that my work on this project will expose more children and instructors to an easier way to learn and teach handwriting.

My smartphone history has been limited to the iPhone 3G and iPhone 4. The 3G was a revelation, with almost magical apps like Shazam and Runkeeper. The 4 was a beautiful piece of hardware, featuring brushed metal and glass instead of plastic.

After a time, though, my phone grew less and less responsive, with longer latency and complete lack of ability to even open Whatsapp (though my incredibly prolific relatives also bear some responsibility here). The glass cracked multiple times, the updates failed to support my outdated version of the phone, and I became dissatisfied with Apples grip on my devices.

I don’t believe I’ve ever subscribed to the Apple lifestyle, and my disgust grew during recent visits to the Apple store, a transparent cube-cum-rowhouse in DC’s tony Georgetown neighborhood. Now that Google is devoting resources to visual design to go along with their best-in-class engineering, I decided the time is right to go with a device running Android. I chose the Samsung Galaxy S5, a “free” upgrade, and have been using it for a couple of days.

It’s been my first immersive experience with Google’s material design, and it is impressive. The learning curve for the new operating system is surprisingly steep, with unfamiliar gestures, navigation, and design patterns sending me on to Google for instructions in relatively simple tasks. But the uniformity in everything from color to symbols to type helps.

My biggest issues are with the hardware. I like the easy access to the battery and SIM card in the Galaxy S5, but the plastic feels flimsy and the rounded edges allow it to slip out of my pocket. I prefer the heft and blockiness of the iPhone 4, as well as the much smaller screen, which affords one-handed use much more easily.

On the whole, I’m happy with the change. I’ll be even happier if this phone becomes an afterthought, something that I use rarely to accomplish discrete tasks before putting it away and turning my attention to the world off-screen.

In my day job, I am a project manager for an organization dedicated to fighting childhood obesity. We recently launched a redesigned tool to help schools conduct a school health assessment. It was a challenging and fascinating project, in which I got to work with some great folks internally and at a Minneapolis creative agency. The experience encouraged me to spend a couple of hours reskinning The Cookblog. The main points:

Based on what everyone tells me, fatherhood should afford me long stretches of uninterrupted time during which to blog. I’m looking forward to it!

I recently had a chance to visit the Clinton presidential library in Little Rock, Arkansas. A platinum LEED building, it’s certainly worth the tour if you should ever find yourself in town. Out of curiosity, I plotted all of the presidential libraries on a Google Geochart, which illustrates how heavily they’re clustered in the eastern half of the United States.

In the summer between my junior and senior years of high school, I found some tutorials online and taught myself HTML. I did this because I wanted to build a website wherefor to share my terribly important adolescent thoughts, and I thought double rollover menus were really cool. My successful application for my first job probably owed as much to knowing HTML as my undergraduate degree in Journalism.

END_OF_DOCUMENT_TOKEN_TO_BE_REPLACED

Even my grandmother has an iPad.

Before my grandfather died, my grandparents each had their own Mac, their screens facing each other as they sat at their respective second-floor desks. My grandfather’s computer was surrounded by volumes of his chemistry books and patents of his own design, while my grandmother’s was framed by a window looking out onto Muddy Cove. These were Apple people, and though I was a PC devotee in my earlier years, I enjoyed disrupting the tyranny of solitaire on their machines to play Ingemar’s Skiing Game during summer visits.

Every few years, they would upgrade to better and better Macs. My grandmother, a former teacher, mastered all manner of patience games, many bearing exotic names like Spider and Klondike. In addition to playing solitaire, she could send and receive email, check the news, monitor the weather, and waste time on Facebook. She was, if not a power user, perfectly competent.

END_OF_DOCUMENT_TOKEN_TO_BE_REPLACED 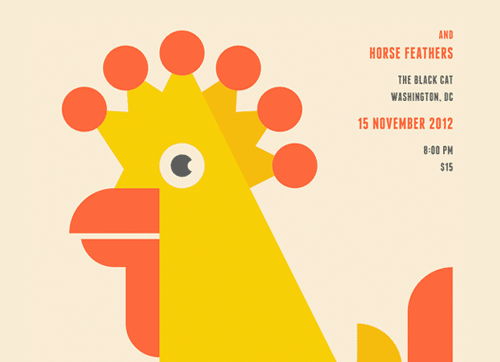 I’m pleased to announce my new portfolio of personal and professional projects. I call it “Folk Taxonomy” and it covers my branding, print and web work from the past few years. I’m also proud of the site itself, which is clean, responsive and grid-based. Have a look around!

Almost as soon as the World Wide Web was a real thing, designers have been pining for more type options than those offered by the core web fonts: Arial, Comic Sans, Courier, Georgia, Impact, Lucida, Palatino, Tahoma, Times New Roman, Trebuchet and Verdana. While Typekit has delivered on the promise of a web type revolution, it carries with it some baggage that doesn’t sit perfectly with many designers. Jeffrey Zeldman sums up these misgivings admirably. Personally, it’s important that I feel ownership over what I create, and Typekit’s rental model doesn’t quite fit. I also have a strong affinity for free. All of which is to say that Google Web Fonts scratches my itch. END_OF_DOCUMENT_TOKEN_TO_BE_REPLACED