The poetry of train travel is alive and well on the Coast Starlight.

Boarding in Oxnard, California, our route hugged a coast bursting with yellow and red wildflowers that bent toward the brilliant blue Pacific. Surfers, swimmers, and black rocks ribbed by decades of waves zipped across our windows. How could any screen compare, in depth or capacity to capture one’s imagination? The sky alone teemed with life: stubby-headed hawks wheeling high above arid fields; bright blue birds nestling in their thickets; prehistoric pelicans following the rhumb line south along the endless beach. 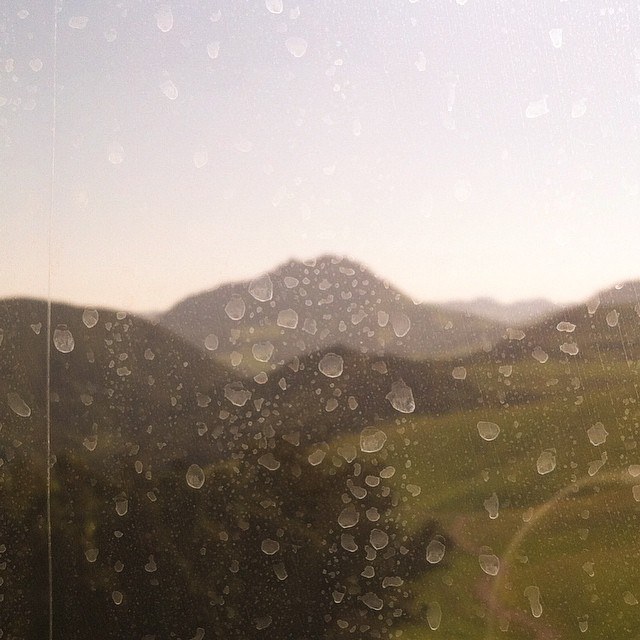 The dining car rules dictate that strangers sit together, a rare opportunity to share space and companionship in our increasingly segregated and personal (if not private) lives. My first meal was lunch, which I took with two brothers. One, a veteran, watched the coast go by outside the window and called it “peaceful.” In the observation car, many passengers come simply to look, putting their devices away and gazing instead at the dry riverbeds and dirt roads etched into the landscape.

By San Luis Obispo, the train had turned inland, skirting vast rows of produce and winding around or tunneling through grassy hills studded with cattle. There were also people and their buildings: at a crossing, a whole family stepped out of their car to watch the train roll past; behind a small house, a man leaned on his rake to witness us rumbling by his garden; in the distance, a sprawling beige prison complex shimmered in the heat.

To reach Portland from Oxnard by rail takes more than 27 hours. This deliberate pace seems to attract large numbers of retirees, and they largely seem to appreciate the advantages of train travel: friendly staff, splendid panoramas, early afternoon wine tastings. They relish the communal dining experience as much as the food, which is cooked on the train and is delectable.

North of Paso Robles’ grape vines: a forest of oil derricks. By the time we reached Salinas (“Salad Bowl of the World”), the towns had become dry and desperate. Makeshift but permanent-looking shelters dotted the gravel beside the tracks, one with a tricycle parked outside the cloth threshold.

I went to sleep near Sacramento, and awoke for the last time before 6am, somewhere close to the Oregon border. Strawberry fields and vineyards had given way to lumber mills and frost. We passed pens of stamping horses with breath billowing from their nostrils. Fetching a banana from my luggage, I made my way to the observation car and watched the pine-stitched hills south of Klamath Falls emerge against the mottling sky. Streams and floodplains reflected power lines, low red clouds, and thousands of birds so that it seemed two days were being born at once. Our train swept forward, stirring the stiff morning mist hanging thick over the ground. 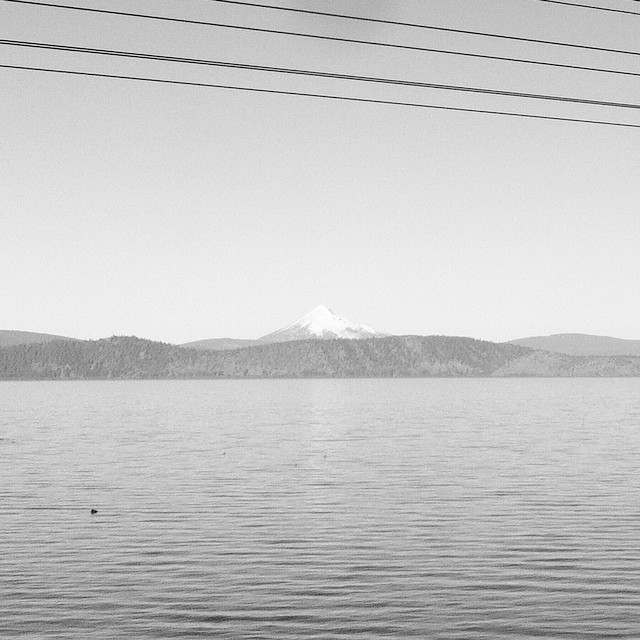 By the time the sun had properly risen, we were racing among snow-capped peaks and broad lakes, surveyed from craggy branches by eagles along the shore. This landscape eventually faded into vast, undulating swathes of timber, cathedrals of trees admitting only an occasional sunbeam or frozen creek. North toward Bend, the terrain became hilly and rich with ferns, mosses, and brooks.

South of Eugene, we met and ran alongside the broad, turquoise waters of the mighty Columbia River. On the banks of the river and the railroad bed, every shade of green seemed to burst forth in dappled sunlight. A blank sky stretched to the horizon. Pastures and orchards grew next to low houses and yards studded with machinery. After Eugene, the route was populated. Agricultural concerns continued alongside other industry. By the time we trundled through the residential neighborhoods of Salem, children were scattering after the end of their school day. The landscape remained lush, but became carved up with fences, sheds and chicken coops. Mt. Hood floated up in the distance, and we arrived in Portland.

Even after more than a day on the train, I gathered my things with reluctance. Profound experiences can often only be recognized as such in retrospect. On the Coast Starlight, the alchemy of nature’s grace and travel by rail was apparent at every stage of the journey. 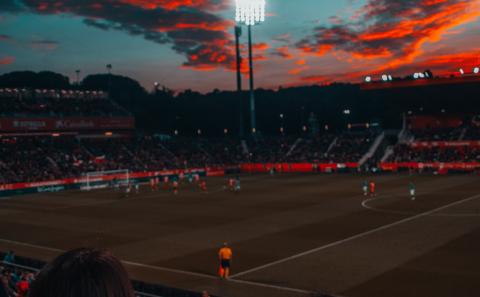